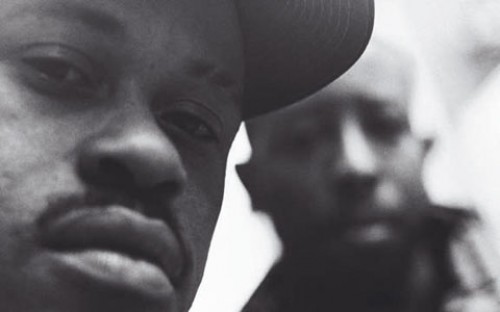 As most of the hip hop and music world already knows, Guru, the brilliant mastermind behind Gang Starr, died in April after a long battle with cancer.

P&C has long listened to the rhyming of Guru, given name Keith Elam, because of his smooth ability–alongside DJ Premier–to blend hip hop with swing jazz; what’s more, he happens to be a Massachusetts native, attending Nobles. His mum was even co-head of libraries for Boston public schools, which as many of you already know, means more to me than to you since I happen to be a tech instruction librarian in a Boston school.

Regardless of all this, Gang Starr, despite several incarnations, has been existence since 1985 and even though the music making moved to New York, those tight beats started here in Boston. And it was fitting that the Middle East Downstairs hosted a tribute to the late Elam last Thursday night; if you didn’t get out to see some of the acts, including unofficial Gang Starr member Big Shrug, for shame you missed it.

The Jazzmatazz series of records changed the way I listened to hip hop; up to my discovery in a friend’s garage at 14 years old, I had only heard the hip hop records that moved my father, of course, the classics, and the “stuff on the radio”. But I had a handful of friends that explored the genre with ferocious appetites; and I helped them make countless skate videos to the likes of the Jazzmatazz series–tracks which knocked it and tracks that knew how to use a sample–think “Insert A [Mental Relaxation] Medicine”, “Feel the Music”, and “Looking Through Darkness”.

But nothing got me like his solo go around, 2001’s Baldhead Slick & da Click; tracks like “Anthem” are absolutely addicting. I can remember many a late night college insomnia with it in the headphones.

So, in honor of Elam, brilliant hip hop, and those insomni-atic college days that feel oddly home in the past few weeks, nod through the evening and  create your own “Anthem” to Guru.

One thought on “This is my Anthem…”